Business and Investment Environment in Turkey

The Covid-19 leaving its mark to 21st century's first quarter, highlighted the prominence of two sectors: health and food. The importance of a country's self-sufficiency in many industries, particularly self-sufficiency in these two sectors, became more critical. In fact, during the pandemic, Turkey received the fruits of its efforts to implement its approach of indigenous and national production launched by late Turgut Özal after 1980 and decisively pursued by the President of the Republic of Turkey Recep Tayyip Erdoğan.

The Nation's Library, also known as the Presidential Library has been opened last February. The Library is operational 24/7, with its 4 million printed and over 120 million online books in the archive. Foreign researchers are also allowed to benefit from the Library.

Taking a new step in the global gaming sector day by day, Turkey continues to grow in this area with the latest business initiatives, increasing popularity of the mobile games, e-sports activities, and investments in e-sports.

The journey of civilization from Göbeklitepe to the Republic of Turkey

With its 'Turkey's Treasures; Faces of Throne' exhibition, Istanbul Airport Museum takes its visitors to a journey on Anatolian civilizations that originate from Göbeklitepe and extend to the Republic period

The popularity of the vocational and technical secondary education schools are increasing in Turkey again. These schools are training the technicians required by the industrialists and investors. The students are becoming specialized in innovative areas such as renewable energy and cybersecurity, along with the traditional branches.

Turkey launched the Digital Agriculture Market (DITAP) project, which will increase the efficiency and satisfaction in the food supply. The platform gathers all shareholders, particularly the farmers, wholesalers, retailers, and logisticians.

Global startup economy reached a size of $3 trillion. Turkey aims to generate a minimum of 10 Turcorns by 2023 and achieve an over $1 billion worth startup in the country. The ecosystem that will render Turkey more potent in this competition has been strengthening rapidly.

Started education 19 years ago with 73 students, Istanbul Commerce University has been providing training to over eight thousand graduate and postgraduate students. Prepared for the academic year of 2020-2021, the University will maintain the international student exchange programs and collaborations despite the pandemic.

With its robust healthcare system, Turkey passed the Covid-19 exam quite successfully while healing the world with its medical supplies in high demand. Turkey supported all requesting countries.

The coronavirus pandemic is not the first challenge of Istanbul as the city fought an epidemic many years ago. Upon the outbreak and spread of cholera in 1893-1895, Istanbulites were quarantined. They also experienced restrictions due to diseases such as plague, typhus, and malaria.

THE WORLD'S BIGGEST GENERAL TRADE FAIR GETS THE WHOLE EXPORT&IMPORT WORLD TOGETHER ON THE VIRTUAL PLATFORM!

MOBILE INDUSTRY FAIR UNDER THE LEADERSHIP OF ISTANBUL CHAMBER OF COMMERCE

THE BIGGEST MEETING EVENT FOR THE CONTENT SECTOR OF THE ASIAN CONTINENT HAS BEEN ORGANIZED BY ISTANBUL CHAMBER OF COMMERCE SINCE 2016.

THE LEADING EUROPEAN TRADE SHOW OF THE PROMOTIONAL PRODUCT INDUSTRY

By End of Year 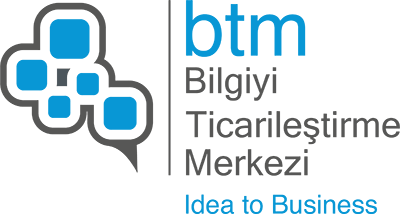