Istanbul introduced coffee to the world

Coffee is an indispensable drink in our daily lives. Five critical stages and countries stand out in coffee’s transformation into a global cultural concept. 1- Discovered in Ethiopia. 2- Consumed as a hot drink in for the first time. 3-Introduced to the world by Istanbul. 4-Innovated in Italy. 5-Traded to the globe by the USA.

A special day has been assigned to celebrate coffee, a product with a history of nearly a thousand and three hundred years. October 1 International Coffee Day is an occasion to celebrate and promote coffee. In line with the International Coffee Organization’s (ICO) decree adopted in March 2014, International Coffee Day is defined as a celebration of coffee industry’s diversity, quality and passion for coffee. This occasion is an opportunity for coffee-lovers to share their passion for this drink and support millions of farmers that depend on the aromatic products to make their living. Millions of coffee workers involved in coffee production can get a 10 percent cut from the global value chain of the product. 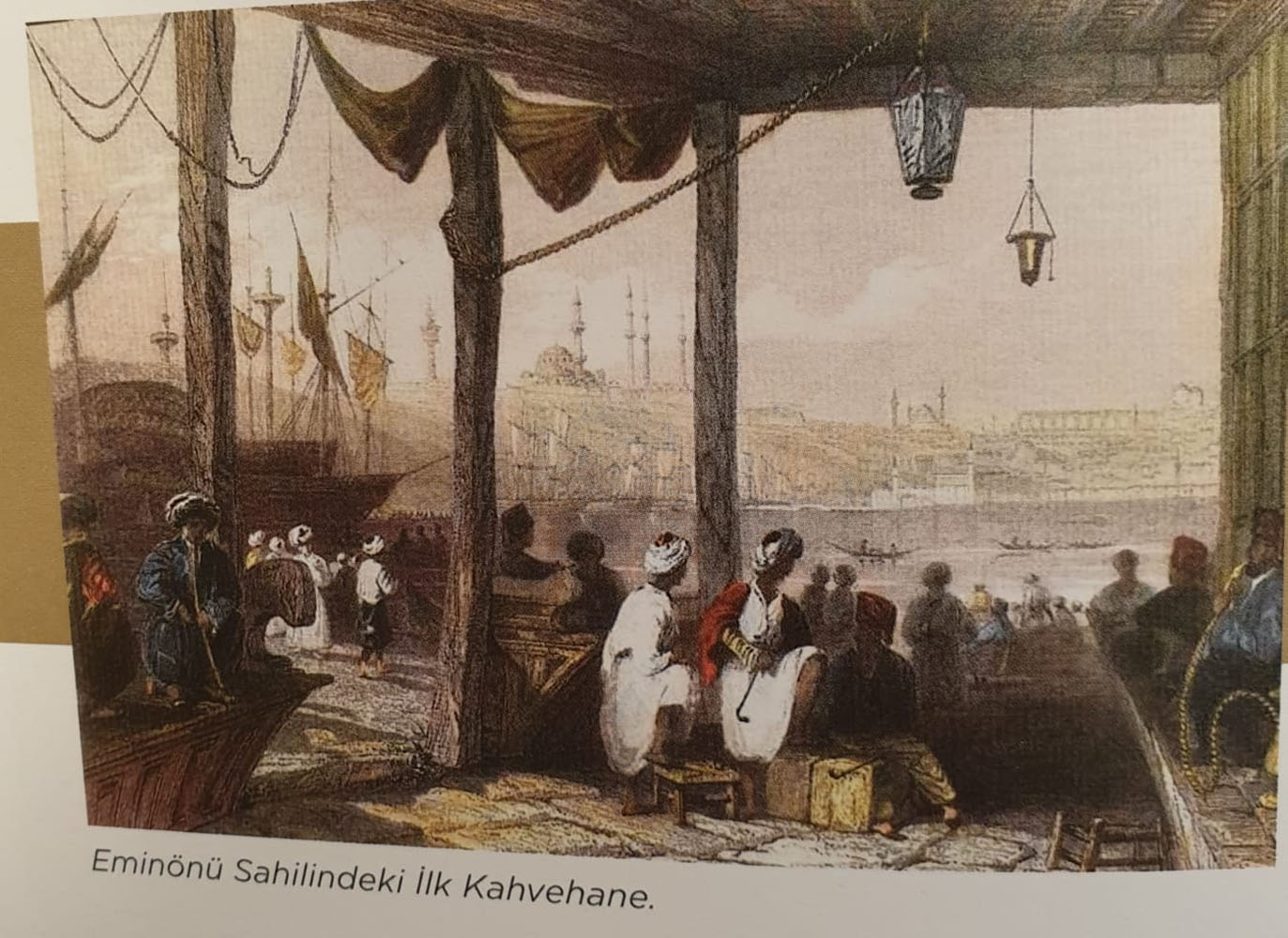 In our times, coffee is defined as the most consumed drink after water. Five countries and stages stand out in building the culture and extending the product across the globe:

Coffee is known to be discovered in Ethiopia (former Abyssinia) around 700-800 A.D. It is reported that coffee was named after Kaffa – a province in Ethiopia and moved onto the Arabic peninsula with the name Qahwah. The widely recognized story about coffee’s discovery is goatherd Kaldi’s story. Rumor has it that, Kaldi notices that some of the goats that stayed awake at night ate the tree’s red berries. He picks some and takes them home. The berries billow an enticing aroma when cooked and thus begin coffee’s global adventure.

2. Consumed as a drink in Yemen first

Coffee discovered in Ethiopia was initially used as an ingredient in baking bread. Its present style of consumption took place for the first time in Yemen. Though there are many different stories, according to widely recognized one, this product’s journey as a drink starts with the Sufis. The dervishes of the Shazeli order consumed the drink for staying awake and praying during nighttime. As a reference to this story, the following saying is placed at the entry of the coffee shops in the Ottoman Empire: We recite Basmalah as we open our doors and his Holiness Sheikh Shazeli is our master!

3. Introduced to the world from Istanbul

No doubt, Turks were the ones to globalize coffee, which was a local product and consumable. During the campaign in 1516-1517, Ottomans conquered Ethiopia, where the coffee was discovered and Yemen, where it was first consumed as a drink. In this way, coffee reaches to the capital of the Empire, Istanbul. A coffee shop craze surrounds Istanbul - the city that dominated three continents and thus, coffee’s journey around the world moves onto a brand new stage.

4. Innovation of the Italians

Coffee was introduced to the world by the Turks with the ‘Turkish Coffee’ cooking style. However, its current popular consumption method’s innovation belongs to the Italians. Italian’s innovation is based on the Espresso brewing method. Espresso is a coffee preparation method, just like the ‘Turkish Coffee’ method. The developments in Espresso machines and brewing techniques have been centered in Italy since 1884.

5. USA carries out the global trade

The leading player of the global coffee trade is undoubtedly the US based retail coffee chain. This chain has 523 coffee shops in Turkey, which introduced the coffee to the world. According to this brand’s distribution map circulated in the digital environment, Turkey is the second country with the highest number of this brand’s shops, following the United Kingdom. Whereas in Italy, one can spot only nine coffee shops of the brand. Coffee is reported to be the second most traded commodity, following the oil.

A pioneer institute of communication and internet