Qualified as the best developing technology zone, with 52 patented startups, Teknopark Istanbul received the title of the technology park hosting the highest number of patented entrepreneurs. Teknopark Istanbul continues to be the indispensable spot for the commercialisation of inventions and ideas and their transfer to the industry.

Founded by the Presidency of Defence Industries and the Istanbul Chamber of Commerce, Teknopark Istanbul is deemed worthy of the top in the Technology Development Zones (TDZ) 2020 Performance Indexes among the 5-10’ year old developing TDZs. Teknopark Istanbul also remains at the top ranks in patent indexes, hosting the startup companies with the most patent applications. According to the Patent Effect report, with 52 patented startups, Teknopark Istanbul was the technology park to host the most significant number of patented entrepreneurs.

Offering world-class facilities to entrepreneurs through Cube Incubation, Teknopark Istanbul continues to be the single spot for the commercialisation of inventions and ideas and their transfer to industry.Teknopark Istanbul offers services such as the commercialisation of products, identification of strategies, project planning, sustainability, transfer of developed products to industry, adoption of active roles in cooperation and contracts to companies and entrepreneurs carrying out scientific research. Moreover, it provides support to its members in their patent applications. Following are some Teknopark Istanbul entrepreneurs who obtained their patents or applied for patents in 2021… 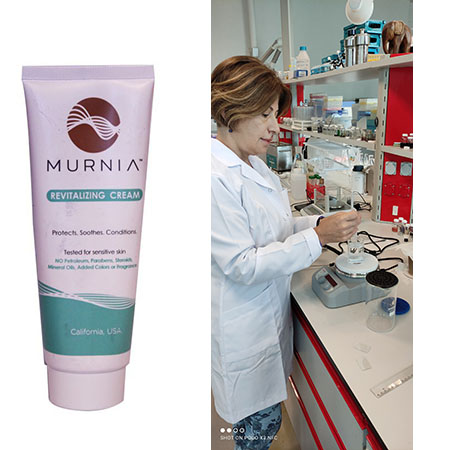 Heals the wounds and burns

Murnia Crème and Murnia Oral Gel developed by the founder of Umayana, Specialist Biologist Hülya Dağöttüren made its mark to the world of medicine. Murnia Crème and Murnia Oral Gel heal the mouth sores and the wounds and burns on the skin that cancer patients suffer because of radiotherapy and chemotherapy processes. Also, preventing the scars and burns from happening again, their patents for USA, EU and Türkiye have been obtained. 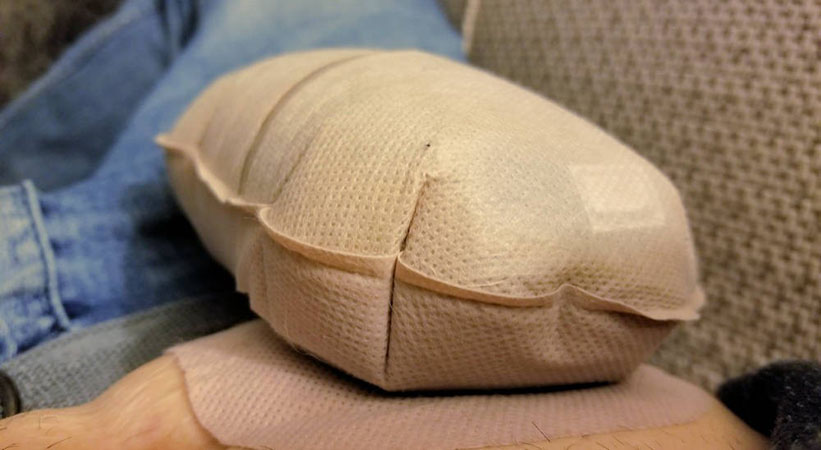 Legna Medical Technologies developed a device that eliminates the adverse effects of colostomy, ileostomy and urostomy. The mechanical and electrical mechanism functions as an artificial organ. World Intellectual Property Organization - WIPO PCT approved the invention of the device named StomB in 2020, and the machine was entitled to obtain patents from any selected country. 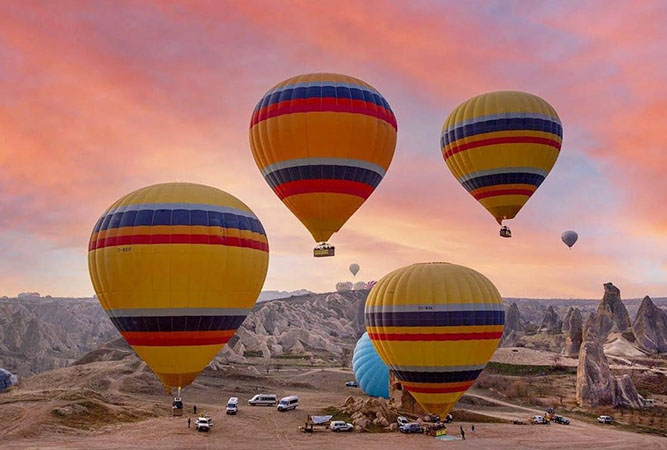 Turkia Aviation and Space Technologies developed a combustion unit utilising liquified natural gas (LNG) for hot air balloons. Thanks to the high energy value, this unit with a twenty-year-long patent decreased the number of backup fuel lines by fifty per cent. 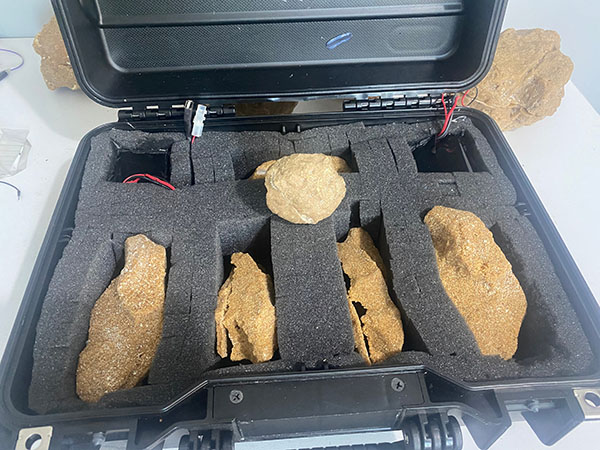 Mamtaş Bilişim develops software and solutions compatible with any unforeseen circumstances. The company’s ‘Smart Stone’ that maintains security in the facilities and border zones builds a sensor web for enhancing protection against penetrations and incursions. Equipped with defence and monitoring capabilities, ‘Smart Stone’ is supported by the 150 gr weighing mobile ‘Smart Pebble.’ 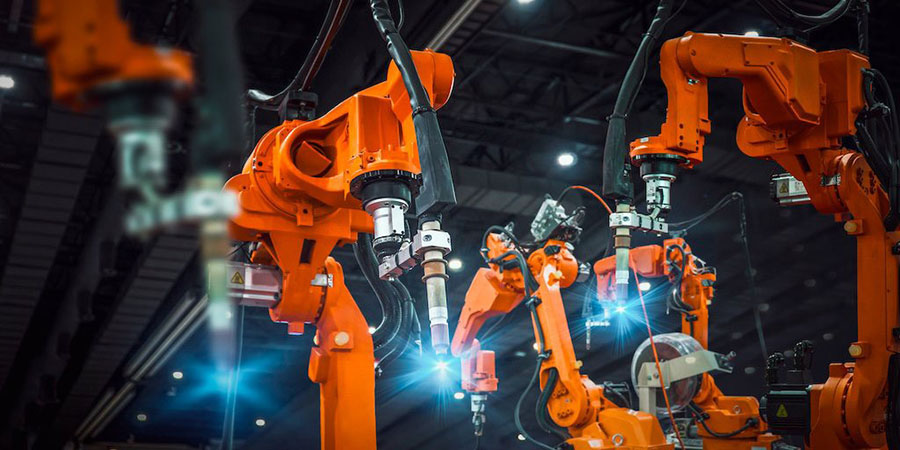 Active in twelve countries with turnkey robotics factories, SRDR Robotics owns 15 patents and over 300 reference projects. Regardless of scale, the company builds dark factories for various sectors ranging from the defence industry to chemical industry, agriculture, automotive, textile, and energy.

Naz Biyoteknoloji led the way by developing a hair dye that contains nanogold particles. The founder of the company, inventor Prof. Dr. Nazan Demir applied for a national patent for the hair dye that had nanoparticles of gold, silver and copper elements. Demir already owns patents of over twenty cosmetics. 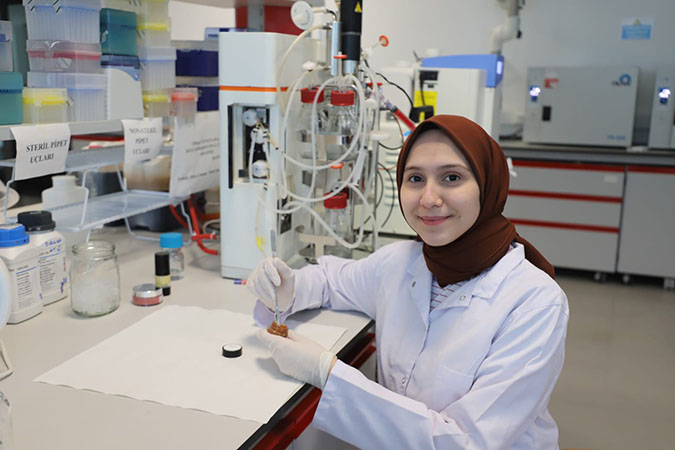 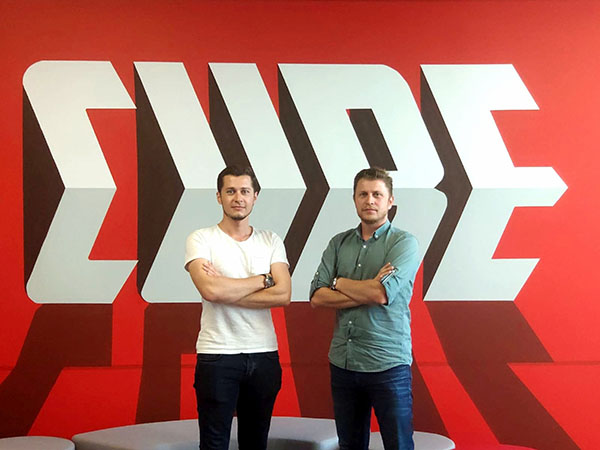 Moveon developed the TASAI system that can be applied as an add-on to tractors of any brand and model. The system converts the tractors to the autonomous hands-free driving mode. The system with the national patent and two invention awards applied for a global patent to open to the world.

Foxlab Robotics and Kamlançu applied for an international patent for the ‘Electon capture detector used for gas chromatography’ they developed jointly. The device was developed by physics engineers Tevfik Kaplanoğlu and Cansu Kaplanoğlu and environmental engineer Bora Kökova. 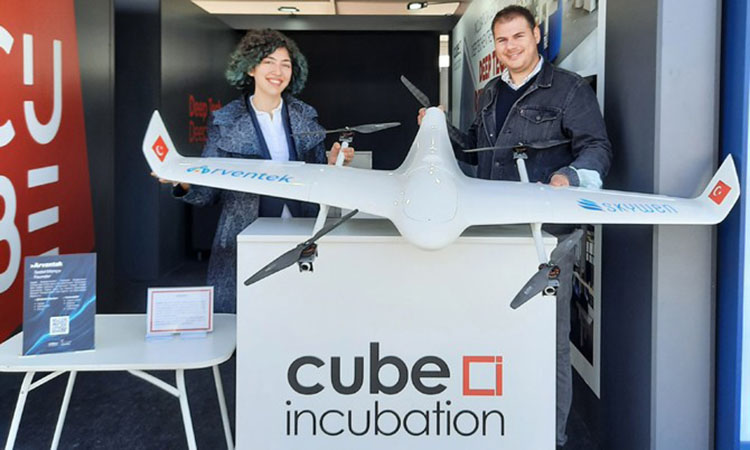 Arventek developed the autonomous UAV Skywen to solve the problems of the construction sector. Skywen reduces the production costs, and application for local and international patents was made for long and short-range flight technology. Skywen will perform in numerous sectors. 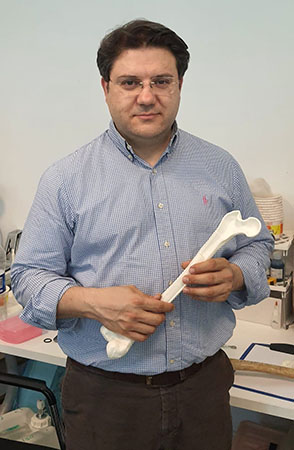 Medion’s founder Prof. Dr. Fatih Küçükdurmaz develops advanced materials that can imitate the organs and limbs. These materials feature natural biomechanical characteristics and are used in bone surgery training. Capable of micro-architectural and anatomic imitation of the bone tissue, Medion will manufacture an artificial cadaver that reacts like living tissue. 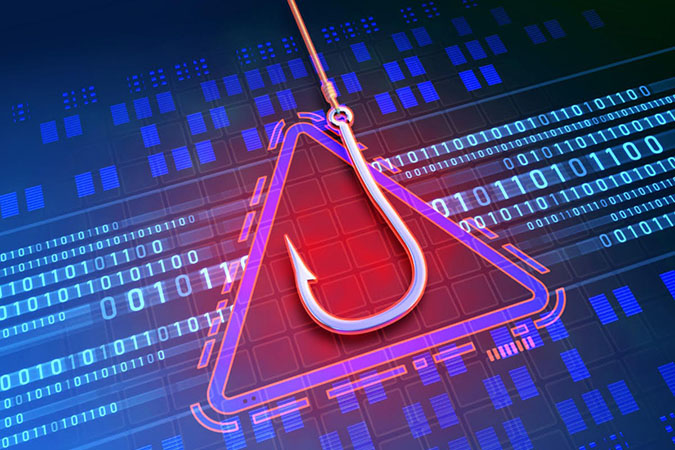 Diattack develops new cyber security products that make real-time cyber-attack projections to prevent the risks. The company has no competitors thanks to PhishUp enables IP detection with a success rate of 97% in the grey area, and it applied for local and international patents. 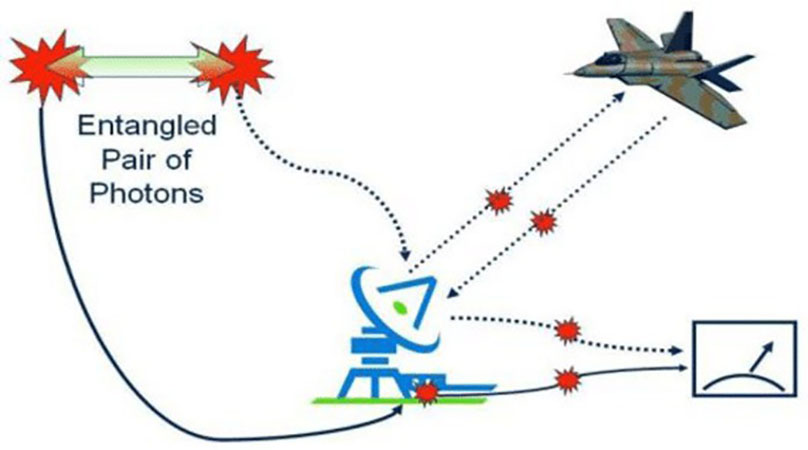 With the entangled photon source ‘Ghost Imaging’ protocol developed, Qubitrium applied for an international patent for the quantum radar and lidar system.

Iradets developed a detector that builds the 3D and real-time profile of the radiation applied during the Intensity Modulated Radiation Therapy (IMRT). The shape is on the same scale as the tumour. Application for a national patent has been made for the detector that protects the healthy tissues through electron and X-ray measurements. 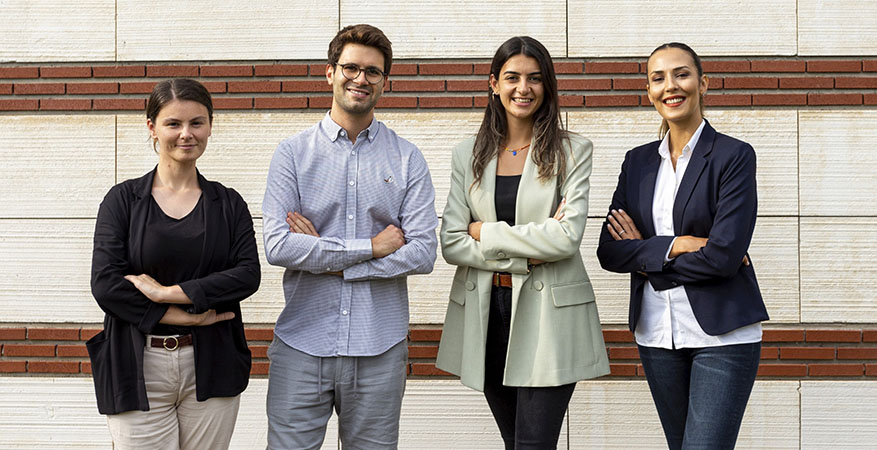 Soyl-Gel developed a high-technology hydro-gel that can absorb water up to 1000 times its weight and increase crop yields. The nano-tubes added to the material decrease the utilisation of pesticides, including nutrients, fertilisers, water and fungicide, to a great extent. Local and international patent applications have been made for this material. 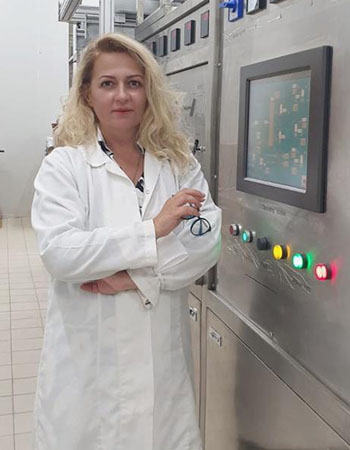 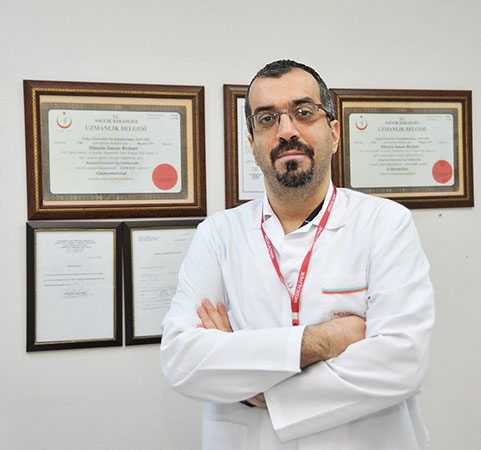 Bio-Probif’s founder Gastroenterelogist Dr. Hüseyin Sancar Bozkurt facilitated the treatment of many diseases by inserting high amounts of probiotics into intestines with the ‘Endoscopic Probiotic Implementation.’ 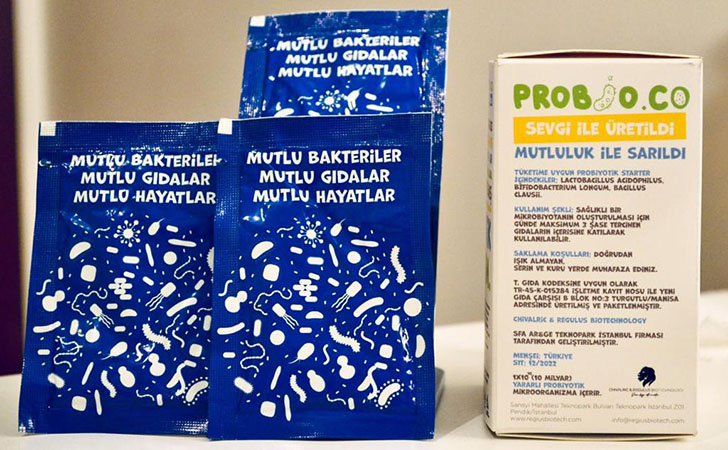 Chivalric&Regulus, develops the nanoencapsulation technology and new generation capsule coating material that render the microorganisms resilient against external factors. The Probio.co enables the simultaneous utilisation of probiotics with different effects extends the shelf-life for a year.

Yasin Çoğan designed Formula 1-type super automobile compatible with the urban traffic. Çoğan applied for an international patent for the two engine control systems he developed for the car he designed.